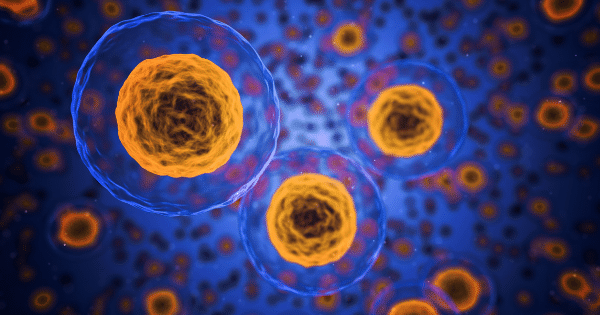 Cells are the smallest, independent building blocks of all living creatures. Marijuana plants also are made up of cells.

All cultivation operations, such as fertilizing and pruning, affect the cellular level.

Everything about marijuana plant cells

Changes in the climate, such as an increase in temperature, also influence the cells and the processes that take place inside the plant.

It’s therefore very useful to understand how a cell responds to specific acts or climate changes, so you can create the perfect circumstances for your plants.

A cell of a plant has a cell wall. Animal cells don’t have these. A cell wall is made of cellulose, and give the cell firmness.

Many different substances can pass through the cell membrane, such as calcium and potassium.

A cell also actively pumps substances out, for instance to transport these to other cells.

The cell membrane contains various substances that are capable of receiving and sending signals from and to the environment.

The cell can for instance feel the concentration of certain substances outside the cell.

The cell is filled with cytoplasm, a watery substance that contains a lot of dissolved substances, such as sugars, proteins, calcium, potassium, etc.

The organelles are located in the cytoplasm. Organelles are the organs of the cell. These are very tiny and serve a specific function.

A chloroplast is an example of an organelle. The nucleus of a cell can also be found in the cytoplasm, and contains the DNA of the plant, which is where the instructions are read for the production of substances and new cells.

Plants get their energy from sunlight, through an organelle called the chloroplast.

Under a microscope it looks like the chloroplasts contain stacks of coins. These are the thylakoids, where photosynthesis takes place.

You can read more about chloroplasts in the chapter on photosynthesis.

Humans can’t perform photosynthesis, because they don’t have any chloroplasts. They can however do the inverted step, which is releasing energy from sugars.

This takes place in the mitochondria. Mitochondria are organelles and they use oxygen to convert sugars into water, CO2 and energy.

So plants also have mitochondria and they use them the same way we do.

Most substances are made in an organelle called the endoplasmic reticulum (ER). If you see the cell as a factory, the ER is a sort of assembly line.

This is because of the ribosomes, the ‘workers’ on the assembly line, that produce proteins.

These are made in the nucleolus in the cell nucleus. Further down the ER, the ER looks smoother, which is where the formed proteins are temporarily stored.

Pieces of the ER with proteins in it detach and go to the Golgi body.

The Golgi body is the packing and shipping department of the factory.

The materials arrive, undergo further processing and are sent. Many proteins go to the because this constantly needs to be for the cell to properly function.

The Golgi body can also produce substances that are intended for outside the cell. An example of this the plant hormones, that have an effect on another part of the plant.

The substances are secreted to the outside of the cell and are carried away by sap.

Another cell can recognize the hormone outside the cell and bring it into the cell, where it can trigger a reaction.

All complicated processes in the cell need to be coordinated. Ultimately, the DNA of the plant takes care of the instructions for making all substances in the cell.

The substances that are already inside the cells of the seed also influence the processes in the cell.

The DNA of the plant is located in the nucleus. Every cell of the same plant has the same DNA, but different cells use different parts of this DNA.

The information that’s important for the processes in the roots is only used in the roots.

In the formation in the shoot of a plant, a cell can still become anything, such as a xylem cell or a storage cell.

The cells around a new cell guide the direction a cell will develop into.

Plant hormones play an important role in this, as well as the sugars the plant produces itself. These can also have a hormonal function.

A cell is the smallest independent working unit of a plant, but a plant is more than just a pile of cells.

The cells work together to create a well-functioning plant.

The cells are organized in tissues and organs. They work closely together and communicate with each other using plant hormones.

Sometimes, the specialization of a cell must suddenly be undone.

For instance if you cut a cutting from a plant. Roots are needed to survive by absorbing water and nutrients.

The plant will quickly form new, unspecialized cells that will all turn into root cells. The stomata on the leaves of the cutting will close, so the plant will no longer evaporate water.

The plant will use its stored energy reserves until it has roots.

This gives the plant a system to increase its chance of survival, and gives us the opportunity to create some nice cuttings?