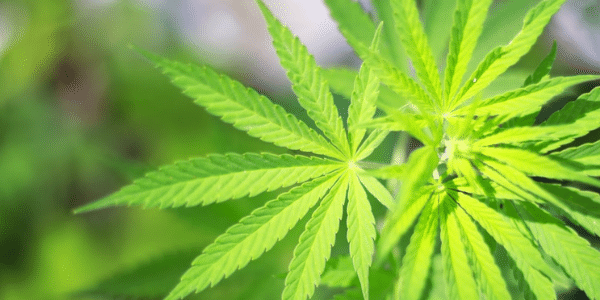 Growing cannabis in the Northeast is difficult for many people, which is why our online store has a collection of the best outdoor strains for New England growers to choose from.

Growing Weed Outdoors in the Northeast

The Northeast is known for its harsh winters.

Its summers are great but short with unpredictable weather. What you can predict is long periods of rainfall.

The summers, however, are warm and ideal for growing cannabis but expect rain to show up frequently and plan accordingly.

It doesn’t help that New England’s growing seasons are short, lasting only 15-17 weeks if you’re going to plant your seeds in late spring.

This isn’t ideal for outdoor cannabis growers that are looking to get the highest and most potent yield possible from their garden.

You would also want your New England seeds to be resistant to mold since the periodic rainfall will provide the perfect breeding ground for them.

Lastly, the best outdoor strains for New England have to be resilient enough to handle dramatic shifts in temperature.

This means strains like White Widow are out of the question since you need to accurately provide a particular climate for it to grow properly.

Autoflowers: A Solution for Difficult Climates

A lot of hard work is required to grow cannabis in the Northeast regions of the U.S.

In this tough climate with minimal sunlight and short growing seasons, what thrives better than autoflowers?

Because autoflowers were made by crossing cannabis ruderalis with a sativa or indica strain, they tend to enter their flowering periods with time rather than the amount of light they receive.

This is perfect as you no longer have to fight against the short seasons that the New England region is known for.

Additionally, cannabis ruderalis originated from Russia so you can expect autoflowers to thrive in colder climates better than the standard photoperiod strains, which is why autoflowers are the best outdoor strain for northeast growing.

So, by the start of the first freeze in September, you would have already made your harvest.

With this solution in mind, all that’s left to do is choose the right autoflower to grow, and our online store has your back.

Choose from an ever-growing catalog of autoflower seeds that you can grow in continental climates. In fact, one of the autoflowers on this list was developed by Robert himself.

This is an indica-dominant strain that was developed by ILGM’s Robert Bergman.

It was already a pretty easy strain of cannabis to grow, but Robert’s Gold Leaf autoflower has put it to a new level.

With a THC content of up to 21%, Gold Leaf will hit you immediately with mood-boosting effects.

It provides a steady head high and a boost of energy, which means you’ll still be able to do your daily routine without much problems.

Additionally, it delivers uplifting and euphoric feelings that brighten your mood, making you happy throughout the day.

It’s this perfect mix that boosts your energy and mood that makes this autoflower one of the best New England weed strains to grow.

Gold Leaf autoflower seeds are an easy and simple strain to grow.

They don’t require as much attention as standard photoperiod cannabis since they aren’t light-dependent.

Additionally, you won’t need to provide as much cannabis fertilizer to autoflowers as you would with regular cannabis, this is because autoflowers are a lot smaller in size.

It should be noted though that because autoflowers are smaller than standard cannabis strains, the amount you get is also reduced (something to expect with all autoflowers).

But in return, you’ll grow and harvest much faster, which is why this autoflower is one of the best outdoor strains for New England.

Purple Kush was made by crossing the hardy Hindu Kush with a Purple Afghani.

The resulting kush strain was one that not only provided a strong effect but was also easy to grow.

Purple Kush is mold resistant and can thrive in colder climates better than most other cannabis strains.

Purple Kush was made even easier to grow with the introduction of ruderalis genetics.

These turned Purple Kush into an autoflower that produces a considerable yield of 4-6oz per 3x3ft.

With THC levels of up to 22%, Purple Kush autoflower retained its strong and potent effect.

Its strong calming effect is great for relieving chronic pain as you’ll first feel a strong body high followed by a head high.

This does mean that Purple Kush will leave you couch-locked for the day, so it’s best to treat this as an end-of-day strain like Gorilla Glue.

Growing your own Purple Kush has never been easier now that it’s an autoflower.

Not only is it resistant to pests and molds, but this strain is also one that grows and flowers faster than most other strains – especially with ruderalis genetics.

Zkittles got its name not because of its brightly candy-colored buds, but instead from its unique candy and fruity flavor.

This indica-dominant strain was a cross between Grape Ape and Grapefruit strains, which is where it got its renowned fruity flavor and candy-colored buds.

Zkittles was made into an autoflower using a ruderalis found in Siberia, and true to the strain’s characteristics, the resulting Zkittles autoflower was a hearty plant that grew within only a few weeks.

With high THC levels that can reach up to 23%, and given its brightly colored buds, you would expect that Zkittles would give you an intense sugar-rush-like effect.

In reality, Zkittles provides a moderate head high that brings out euphoric feelings that boost your mood and make you happy – all while not being overwhelmed by these effects.

It’s great for those who want to get high and still have the ability to do tasks.

Zkittles is a very forgiving autoflower.

Given how hearty the plant is, you can get away with a few mistakes, which is why ILGM considers this to be the best outdoor strain for Northeast growers that are just starting off and have no prior experience in growing cannabis in their area.

Don’t be deterred by its name, this deeply blue-colored strain has nothing to do with the actual stinky cheese that you find in blue cheese pizzas.

But Blue Cheese autoflower does carry a strong smell and flavor of cheese.

The “Blue” name in “Blue Cheese” comes from its Blueberry parent.

Blue Cheese also isn’t just blueberry in color but also in taste. It’s this mix of fruity and cheesy flavors that earned Blue Cheese a spot among many cannabis connoisseurs.

However, its taste isn’t the only thing that made Blue Cheese one of the best marijuana strains around.

With a THC content of up to 18%, Blue Cheese has many going back for more as it provides a steady and long-lasting head high that brings out euphoric feelings.

Additionally, because it’s an indica-dominant strain, it will also leave you feeling deeply relaxed.

Blue Cheese autoflower is great for beginners as it has a natural resistance towards mold and mildew, a problem that you will surely run into when growing in New England.

Lastly, the parents of Blue Cheese were already autoflowers, to begin with, meaning the ruderalis traits are deeply embedded into the genetics of the Blue Cheese, allowing it to thrive in New England’s harsh weather conditions.

When it comes to classic strains, Afghan comes to mind.

This potent and pure indica strain was found in the Hindu Kush mountains and is native to Afghanistan and Pakistan.

In fact, the people in those areas grew these plants to make hashish, and it’s supposedly where a lot of indica plants originated.

With a THC content of up to 20%, this pure indica strain will hit you with a strong and long-lasting body high but will only provide a moderate head high.

It’s that potent body buzz that made Afghan a favorite among indica lovers since the buzz provides a muscle-relaxing feeling that will relieve chronic pain.

It will however leave you somewhat coach locked/ Despite keeping you in-tune with your surroundings, the potent body high will make it hard to do any outdoor activities.

Typically you would grow autoflowers indoors since that’s where they thrive best.

Not the Afghan autoflower, though. This hardy plant can grow outdoors just as well as it would indoors.

ILGM has put this heirloom strain as one of the best outdoor strains for New England growers as it is easy to grow outdoors and despite its autoflower nature, the buds of the plant can grow to be pretty dense and thick.

You can grow these autoflower strains and other top strains such as Durban Poison, which is another landrace strain like Afghan that you can buy the seeds from in our online store.

We also have Gorilla Glue seeds in stock as well as Jack Herer that comes in either regular or autoflower.

FAQs about the Best Outdoor Strains

How do you maximize outdoor yield?

By choosing the ideal genetics that fit the environment you’re planting in, you’ll see a considerable difference in yield. There are also other factors such as light requirement, nutrients, and grow time that will affect the amount of your overall harvest. If you want to know more, then check out our blog on increasing marijuana yield.

What is the most potent Autoflower strain?

Gorilla Glue and Gelato are two of the most potent strains of cannabis. However, the potency of the buds depends just as much on the growers’ skills as it does the genetics of the strain. It all has to do with properly tending to the trichomes of your cannabis, the tiny hairs that you see growing on the surface of cannabis plants.