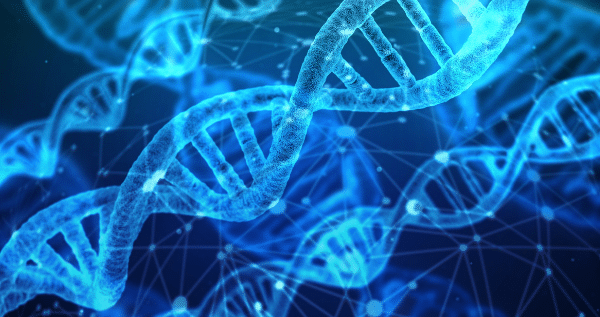 Everyone knows by now that DNA is the molecule that contains all genetic information. All living organisms have DNA.

In nature, the exact content of the DNA is determined by natural selection (with evolution as a result) and in marijuana cultivation by selection of the grower.

Selecting the best plants means that the plants with the desired DNA will create the new generation.

Plants without the desired DNA won’t reproduce, so only the most desired DNA in the group of plants survives.

This will change the characteristics of the plant over time. It’s also possible to grow multiple variants of the same type of plant, for instance weed plants that stay small and flower early, or plants that produce a high level of THC.

They’re all the same type of plant, but the variants differ because they have different DNA.

The best plants regarding THC yield, growth speed, resistance against diseases and overall yield are used to start the next generation of plants with.

Cultivators of other crops do however look at the DNA. They can already see in a laboratory if a certain seed will grow out to become a plant that’s resistant against drought or a certain disease.

Think for instance of Monsanto’s corn and grains.

DNA is a very long molecule that consists of different building blocks. The order of the building blocks forms a certain code a cell takes instructions from to produce certain substances and start processes.

Two DNA molecules attach to each other and intertwine like an old-fashioned phone cord. DNA and certain proteins form the chromosomes.

Chromosomes are located in the nucleus of the cell and can be seen through a powerful microscope as little strings during division. They’re often drawn schematically like a spiral like in figure 1.

If you look at the chromosomes of humans, you can see that there are 23 pairs.

There are 46 chromosomes in total, but every chromosome occurs twice. The size and many other characteristics in the pair are the same, but the details are just a bit different.

A DNA molecule is very long. If you were to roll out the DNA of one human cell, you’d come to a length of almost 7 feet.

This is of course incredibly long for something that thin and narrow. Large parts of the DNA don’t contain any genes, but are remnants of old genes or DNA to give structure to the DNA molecule.

The active parts of the DNA are called genes, and contain specific information about a hereditary trait.

The fact a plant has a certain gene, doesn’t necessarily mean that the trait becomes visible. The other parts of the DNA can eliminate or enhance the effect.

In the end, only the total picture of the DNA and the circumstances under which the plant grows create the final appearance and characteristics of the plant.

Build up of DNA

DNA stands for deoxyribonucleic acid. The name is based on the materials the DNA consists of. It is, in principle, a string various bases hang on.

A gene can be described with a very long sequence of letters, for instance AAGCTTACC.

The two DNA molecules that attach to each other have the opposite code, so AAGTC is opposite of TTCAG.

It’s like a zipper, where the bases are the teeth of the zipper. It’s a very stable way to store the code sequence.

All cells in the plant have the same genes. Each cell therefore has the same hereditary information and has the instructions to make each substance the plant can produce.

But obviously it has to be decided which part of the hereditary information has to be used at a certain time and in a certain cell.

Because otherwise it would turn into a big chaos, causing leaves to create flower cells or root cells to produce chlorophyll for photosynthesis.

That’s why most genes are “off” and are not read. Only the necessary genes are switched “on” in a particular cell.

Environmental factors, plant hormones and the neighboring cells in a plant determine which genes in a cell are “on” and “off”.

The “switch” can for instance be flipped by temperature change, day-night rhythm, water shortage, nutrient shortage or the age of the plant.

A gene has to be read to actually make the characteristic visible in the plant. The code in the DNA has to be translated to a substance that can subsequently start operating.

The two opposite DNA molecules that are entwined are partly taken apart, so the bases are no longer coupled. It’s like the zipper is being opened.

The right DNA molecule is then read by specialized proteins. The code in the DNA is converted to a copy in RNA.

RNA is a molecule that looks like DNA and also consists of bases, but it’s much shorter than DNA.

The RNA leaves the nucleus of the cell and moves on to the ribosomes, where the code is read and the proteins are produced.

The order of bases in the DNA determines the order of chains of amino acids proteins are made of.

The order of the amino acids in the protein makes sure the protein is folded a certain way. And this fold is essential for the operation of the protein.

It is often said that a gene codes for for instance resistance to fungi. This is a simplified way of thinking about genes and it can be quite useful to talk about it this way, but in practice you can’t just code for a characteristic.

You can only code for the production of proteins. Those proteins can start reactions that show the characteristic in the plant.

Genetic modification is the altering of the DNA of a living creature, not by performing selection on plants to only let the best plants develop, but by artificially changing the genes.

For instance by adding a gene of a different plant species into the DNA of a certain plant. It’s also possible to put animal genes in plants or humans.

In Europe it’s not allowed to grow genetically modified plants, but this is legal for certain types of plant in other countries, such as the United States.

Corn plants in the US are equipped with a gene that makes them resistant to herbicide.

The corn fields are sprayed with herbicide and all plants are killed, except for the corn. The gene that makes the corn plants resistant originates from a bacterium.

I don’t know about any marijuana plants being modified this way, but technically it is possible. If you know someone or if you have access to this knowledge, feel free to contact me ?