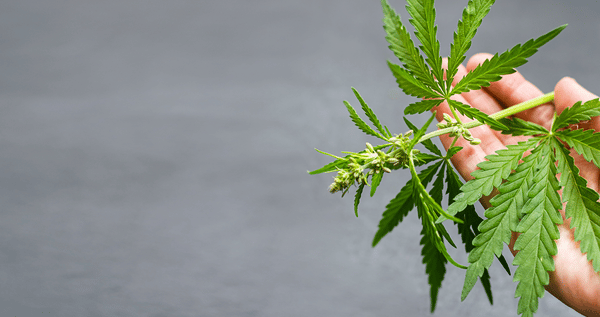 Virtually all life on earth is made possible by plants. If there were no plants, there wouldn’t be any people or animals.

This is because plants can do something other living creatures can’t: they make their own food.

The ingredients they need for this are solar energy, carbon dioxide and water.

Everything about marijuana plant

All other life on earth is unable to do this and is therefore dependent on what plants produce.

Also fossil fuels, such as coal, gas and oil, is solar energy that was captured by plants millions of years ago.

Next to food, plants are also the only producer of oxygen. Back when there were no plants on earth yet, there was less than 2% oxygen in the air. Now, the oxygen percentage is about 20%.

Marijuana plants are therefore capable of producing their own food. But what does a marijuana plant actually consist of?

And how do they make their food exactly? You need to understand what processes take place inside the plant and what a plant is made of to successfully grow marijuana.

A plant grows by cell division and cell elongation.

In cell division, more and more cells are formed, and in cell elongation the existing cells grow in size.

The cells in here are constantly dividing. The new cells grow bigger through cell elongation.

They get much bigger, mainly because they absorb water. A marijuana plant living in a good climate can grow up to an inch a day.

A young cell has no specific function yet and can become anything.

But hormones and the influence of other cells will quickly convert it into a specialized cell that will fulfil a certain role in the plant.

It could for instance become a leaf cell, important for photosynthesis. But it can also grow into a tracheid cell, a root cell or one of the many other cells.

The cells of a plant are organized in tissues. These can roughly be divided into three types:

The largest part of the plant consists of ground tissue, called parenchyma.

These cells can be found in many different places in the plant. For instance, most leaf cells are parenchyma.

They have a very important function; they produce building materials for the plant through photosynthesis.

These transport water and minerals from the roots to the rest of the plant.

Phloems transport all kinds of materials from the production place to the place they’re needed.

The skin of a plant is called epidermis. This outer layer of cells protects the plant against dehydration and damage.

The skin has stomata, the gates of the leaves for the transportation of carbon dioxide, oxygen and water.

You’ll only see half of a plant when you see it in nature. The underground part – the roots – is at least as big as the part above the ground.

Then why do plants that grow indoors in soil or for instance on rockwool have such a tiny root volume?

That’s because we hand them everything on a silver platter.

The most important functions of roots are:

A healthy root also has many root hairs. Root hairs are very tiny outgrowths on the roots. The plant uses these to absorb water and nutrients.

This virtually happens by itself through osmosis, and doesn’t require any energy from the plant.

The plant can also actively absorb most nutrients, through a pumping mechanism. Since this is an active process, it costs energy.

The plant can’t do this for all types of nutrients; calcium is for instance only absorbed passively, so a water deficit could quickly cause a calcium deficit.

The motor of water absorption is evaporation.

The leaves evaporate water through the stomata, while the roots absorb it, so the water is pulled upwards inside the plant, sort of speak.

The roots sometimes absorb more water than needed, for instance if little evaporation takes place, but with a very moist soil.

This creates root pressure: the plant will push the absorbed water upwards. If the root pressure gets too high, the plant could become limp and look unhealthy.

The stem lets your marijuana plant stand up straight and takes care of the transportation of water and nutrients.

Fun fact: the first internode always has a leaf with 1 finger, the second one has three fingers, the third one has five fingers, and this can get up to 13 fingers.

Once a marijuana plant starts flowering, it costs a lot of energy and the production and growth of more internodes is slowed down.

The stem contains xylem and phloem. Xylems transport water from the roots to the other parts of the plant, always upwards in the plant.

Learn how to grow high-quality marijuana seeds with strong genetics! Download my free Grow Bible to learn how.

The leaves are the most important organs of a marijuana plant, because this is where photosynthesis takes place.

The other parts of a plant are obviously also important, but since the leaf produces the nutrients for the plant to form, they’re very important.

The biggest part of the leaf consists of mesophyll tissues. These are cells with chloroplasts and this is where photosynthesis takes place.

The bottom part of the leaf has a lot of holes with air. These are closed off from the outside world through stomata.

The stomata are the gates of the leaves through which gases are exchanged with air.

The stomata let carbon dioxide, oxygen and water vapor through and are predominantly on the underside of the leaf.

The leaf has clearly visible veins. These are the vascular bundles. They consist of xylems and phloems. Water and nutrients are transported through these.

A leaf that’s fully shone on by the sun is a lot thicker than a leaf that’s in the shadow. Leaves in the sun have more cells with chlorophyll.

When more light hits the leaf – increasing the light intensity – it produces more sugars because the rate of photosynthesis of higher.

So think about this when you’re pruning a leaf. A common mistake is to prune the big leaves to give the bottom leaves that are normally in the shade more light.

But you’re actually pruning the leaves that produce the most sugars.

The leaves are the most important organs of a marijuana plant, because this is where photosynthesis takes place.

The other parts of a plant are obviously also important, but since the leaf produces the nutrients for the plant to form, they’re very important.

The flowers (or buds) of a marijuana plant have an important function. First of all, this is the part of the plant we smoke.

Also, the buds contain the reproductive organs, so they make propagation of the plant possible.

There are male and female marijuana plants. Both are needed to get seeds, but the female plants produce much more delta-8 THC and are therefore much more sought after in pot cultivation.

The male organs of a plant are the stamens, in which pollen are produced that are transported by the wind or by insects.

The female organs have an ovary, stigma and a style. If the pollen fall on the stigma, the plant is fertilized. This forms a seed on the female plant.

It’s very undesirable to have a female weed plant fertilized by a male one.

If this happens, the female plant will put a lot of energy into the development of seeds and no more in flowering and the production of THC.

It’s therefore best to use feminized seeds, because they all grow into female plants.

0 comments on “What is a marijuana plant”