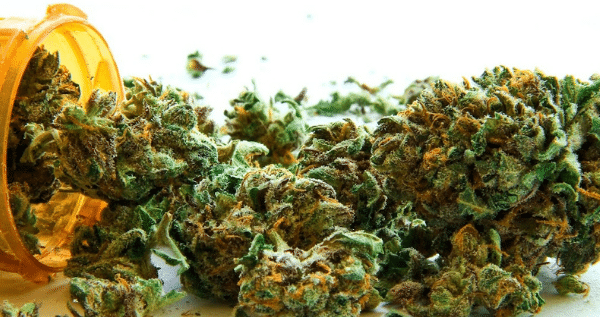 There’s something special about sour strains. These strains feature a unique sour flavor that you’ll pick up with each toke.

They’re also known for their dominant terpene,  limonene. Many people love sour strains for their sharp flavor complimented by energy-boosting and mood-elevating effects.

We can thank sativa cannabis strains for the genetics that produce that sour flavor. Sour isn’t the only sativa flavor you may experience.

Sativas also give cannabis strains a fruity flavor like with Maui Wowie or, in other cases, a berry-like undertone such as with strains like Strawberry Cough.

The focus today, though, is sour strains, particularly Sour Diesel and subsequently sour diesel strains, and why you should be growing this strain yourself.

What are Sour Strains?

Sour strains get their unique flavor from their equally impressive terpene profile rich in limonene, myrcene, and pinene, which gives the strain the familiar taste of citrus.

You may be wondering what terpenes are. In short, they’re a natural chemical that gives marijuana buds their unique flavor and smell.

There are many terpenes in marijuana, most of them in low amounts, with only a handful of terpenes having a high percentage.

These high percentage terpenes are also called dominant terpenes, which essentially means they determine what kind of taste and smell your marijuana will have.

And when it comes to the most popular sour diesel strains globally, nothing beats Sour Diesel.

It is one of the best sour strains available and is also one of the top diesel strains. If you look up sour strains, the first strain that’ll pop up is Sour Diesel.

This sour cannabis strain is a favorite because of its aromas and flavors. It also helps that its flavor and smell massively complement its mood-boosting and energizing effects.

What are Diesel Strains?

Diesel strains don’t just refer to Original Diesel itself, but also other strains that carry the same pungent aroma and strong taste of fuel, such as Chemdawg and Bruce Banner.

The main terpene responsible for the fuel-like flavor that diesel strains are known for is limonene – the same terpene that gives marijuana buds the sour taste of lemon after each toke.

But how can a terpene have two very distinct flavors?

There’s a lot of chemistry involved in understanding why that’s the case, but the gist of it is that limonene (and other terpenes) has different versions of itself that have distinct tastes and smells.

Sour Diesel has both the pungent odor and strong taste of diesel and the sharp flavor of lemon.

This unique combination is why Sour Diesel is also known for being one of the best diesel strains out there.

It’s not without competition, though, as NYC Diesel has its unique combination of flavors that’s almost like Sour Diesel.

In fact, many people equally enjoy it because it’s one of few strains similar to Sour Diesel. But, instead of a lemony taste, NYC Diesel instead has a more lime and grapefruit tang to complement its strong diesel flavor.

It could be because they’re similar to each other or because they are popular diesel strains; but, many have mistakenly thought that NYC Diesel and Sour Diesel are somehow related.

In reality, the two diesel strains aren’t related (outside of being developed by the same seed bank).

There’s nothing quite like Sour Diesel as a strain.

Although NYC Diesel comes close, and of course, there’s always the chance that someone will create the next best sour diesel strains, nothing has really come close to taking away Sour Diesel from its spotlight.

That’s because any strain looking to compete with Sour Diesel has some pretty big shoes to fill since it’s not only one of the best sour strains but also one of the best diesel strains.

Its unique blend of fuel and lemon flavors has kept this strain popular in a market known to constantly cycle through different marijuana strains.

And outside of its taste and smell that all cannabis users seemingly love, Sour Diesel is also a type of cannabis that produces a large yield, which is why many growers can’t help but adore Sour Diesel.

However, everyone doesn’t share that adoration since Sour Diesel can be difficult to grow. It’s prone to powdery mildew, which means it needs a dry and sunny environment since powdery mildew thrives in wet conditions.

This can be a problem with no easy solution for outdoor growers or an expensive task for indoor growers since they must recreate that ideal environment.

Without the proper climate, Sour Diesel is highly prone to suffer from fungal diseases.

Growing Sour Diesel doesn’t have to be impossible, however. You just need strong genetics. ILGM’s feminized Sour Diesel Seeds help ensure your success with cannabis seeds that are less likely to suffer from diseases.

If you want it even easier, try ILGM’s autoflowering Sour Diesel seeds. Not only will they grow faster, but Sour Diesel autoflowers also have a natural resistance to common fungal marijuana diseases.

When finding the best sour strains or the best diesel strains, look no further than Sour Diesel.

Of course, you have the choice of picking some of the other best sour diesel strains out there, but as a rule of thumb, you should try Sour Diesel first.

You can buy Sour Diesel feminized seeds and autoflower seeds, as well as top strains like Jack Herer and Chemdawg at ILGM.com.

Sour Diesel is a well-known strain, but it’s difficult to pin down its parent strains. Sour Diesel was created in the early ’90s. Many believe its parents were Chemdawg 91 and Super Skunk.