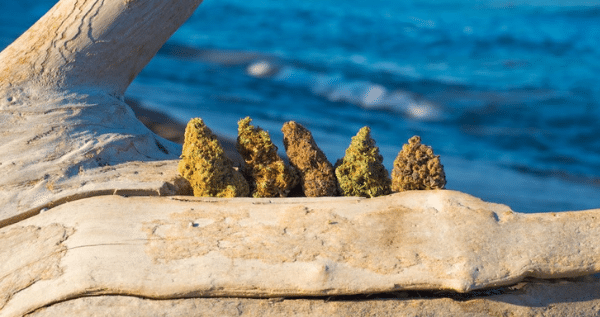 Some weed strains are becoming rare. Despite having a thriving industry with an estimated market size of 16.25 billion as of last year, some cannabis strains have become increasingly difficult to find.

We’ve reviewed these rare weed strains and the reason behind why they’re so hard to get (as well as whether or not they’re worth getting).

Why Do Strains Become Rare?

Most rare strains of weed are a product of a lack of commercial interest. Either because these strains are hard to grow or they haven’t been able to produce more seeds of said strain, which leads them to become rare and lose traction in the market.

Other times, though, we have rare weed strains because there are more popular strains out there that are readily available, easier to grow, and are of higher quality. We can even say that it’s because of the competition in the industry to produce the next best cannabis that some marijuana strains have petered out.

The decline of these now rare weed strains varies, but the current trend of indoor growing could be why they’ve become rare since many current cannabis strains only produce high-quality buds if they’re grown in an outdoor garden.

And a lot of the supposed seeds of these rare strains of weed that thrive in indoor setups are often just imitations of the real thing.

However, that shouldn’t deter you from growing rare cannabis yourself if you’re hoping to experience what it’s like to smoke some very rare and expensive strains.

NYC Diesel is a sativa dominant hybrid strain that Soma Seeds developed in the hopes that it would contend with the equally (if not more popular) Sour Diesel.

It has a blending of 40% indica and 60% sativa. Its dominant sativa traits shine as buds from NYC Diesel provide an energizing effect topped with a mood-elevating buzz that’ll leave you feeling uplifted and happy.

NYC Diesel buds have a THC content of up to 20%. This potent diesel strain is an excellent choice for those looking to relax after a hard day’s work, as it delivers a mild body high along with a powerful cerebral buzz.

Despite this slew of great effects, NYC Diesel is one of many rare strains of weed because of how difficult it is to procure its seeds. Currently, Soma Seeds ships in the Netherlands and Europe, not in the U.S, making it difficult for many to get their hands on its seeds.

If you do somehow get your hands on NYC Diesel seeds, prepare for a bit of work as this sativa-dominant hybrid not only has the effects of a sativa, but it grows like one as well. Expect tall plants and a pretty long flowering period of 8 to 11 weeks. At the very least, you’ll come out of it with 14 to 17 ounces per square meter.

Amnesia Haze is another rare sativa dominant hybrid strain developed by Soma Seeds. With a blending of 20% indica and 80% sativa, Amnesia Haze has a strong mood-elevating effect that fills you with a euphoric feeling that’s sure to make you happy.

Additionally, toking its buds will give you a buzz of energy that’ll guide you through menial tasks or help keep you focused on work projects.

While we wouldn’t say that Amnesia Haze is one of the rarest weed strains, it is hard to come by outside of Europe. It shares the same problem as NYC Diesel – it’s challenging to acquire its seeds.

Because Amnesia Haze is a sativa-dominant strain, it grows fairly tall and has quite a long flowering period (10-11 weeks).

These factors make it rather tricky for outdoor growing due to the temperature shifts that occur during fall, which is why it’s wise to know what time to plant the seeds – or better yet, find a way to grow this rare strain indoors.

Bubba OG is an indica dominant hybrid strain made by crossing Pre-98 Bubba Kush and Ghost OG, resulting in a strain that took off and grew in popularity due to its slew of effects that came with its sweet-scented buds.

This particular strain was known for its sedating qualities, to the point that it became very popular as a therapeutic strain. It also helps with elevating your mood and removing any feelings of nausea.

However, Bubba OG has recently declined in popularity as most people begin to favor Bubba Kush with its more potent buds.

Regardless of which strain you prefer, Bubba OG and Bubba Kush are easy to grow. Both have a relatively short flowering period of 8-9 weeks and are great strains for indoor growers as the cannabis plants from both strains won’t grow over 3ft in height.

When talking about some of the rarest weed strains out there, you can’t go without mentioning Chemdawg (or, more accurately, Chemdog). This indica dominant strain has a mysterious background, making pinning down where and what strain it originated from difficult.

We do know the people who gave us this rare cannabis strain, Chem, P Bud, and Joe Brand. They provided the community Chemdog seeds once the demand for it grew. People recognize it as a potent strain that produces a strong feeling of euphoria and deeply relaxes you while elevating your mood.

It’s quite a shame that Chemdawg lost many of its followers after 2011. It wasn’t because of The Great Marijuana Price Crash, but that could have also been a big factor in it. What happened? One of the people responsible for Chemdog was charged for cultivation and possession.

Chemdawg however, managed to survive through the turbulent times, and just like its history, this rare strain is a bit of a challenge to grow since it’s prone to mold and pests.

Hindu Kush is a rare indica landrace strain. It got its name from its geographical origins, the 500-mile mountain range between Afghanistan and Pakistan.

The harsh conditions of the Hindu Kush mountains have shaped this rare landrace strain, giving it a thick coat of crystal trichomes to protect itself from its surroundings. The poor environment has also given Hindu Kush a different flavor profile that you can’t get from hybrid strains.

Its unique earthy flavor has a touch of sweetness, which highly compliments its potent effects. Hindu Kush will leave both your mind and body completely sedated.

Despite its surprising effect on your mind and the potent body high, Hindu Kush is becoming one of the rarest weed strains to grow and likely one of the rarest landraces you can come across. This is because it’s being bred out of existence thanks to hybrid strains.

This fact is unfortunate considering Hindu Kush is an easy strain to grow. Not only does it stay small and neat, but it also has a short flowering period due to the harsh conditions that shaped it.

Rare cannabis strains are a product of a lot of factors that come with the ever-growing cannabis industry. Factors such as how difficult a strain is to grow to whether or not seeds of it are readily available can drastically affect whether or not a favorite strain of yours will stick around in the market.

Want to avoid losing a strain you love? Grow it yourself. Buy some of these strains and other top strains like Durban Poison and Afghan at ILGM.com.

What is the rarest weed strain?

Outside of the ones on this list, anyone might have a hard time finding Panama Red, Thai Stick, and Lamb’s Breath (a.k.a Lamb’s Bread). But, pinning down the rarest weed strain is a near-impossible task since it involves digging through the history of marijuana which in itself is shrouded in a lot of mystery.

What is the oldest strain of weed?

While there’s no concrete answer to this, and there doesn’t seem to be a consensus yet, we believe that Afghani Kush and Hindu Kush are a definite possibility as both are landrace strains. You can buy both at ILGM.com.